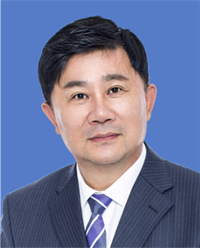 Male, born in 1963, Chinese nationality, bachelor of veterinarian from Shenyang Agricultural University, master of physiology and biochemistry from Jilin University, doctoral advisor of Shenyang Agricultural University, winner of the first batch of National Natural Science Foundation of China, core founder of Wellhope, serving as the Chairman of Wellhope since 1995. After graduation, he worked in the university for two years. In 1991, he joined CONTINENTAL GRAIN COMPANY(the US), successively served as the sales manager of China’s Northeast Region, national sales manager and assistant vice president of Asia Region. Currently he holds the posts of Vice President of China Feed Industry Association, Vice President of China Animal Husbandry Industry Association, President of Liaoning Feed Industry Association, also the MBA interviewer of Peking University and Tsinghua University, guest professor of Remin University of China, Ocean University of China and Northeast Agricultural University, etc. He has been awarded the honorary titles of "China's Outstanding Private Science and Technology Entrepreneur", "National Outstanding Builder of the Socialist Cause", "China's Top Ten Economic Figures in the 30 Years of Reform and Opening up of Feed Industry", "May 1st Labor Medal of Shenyang City", "Model Worker of Liaoning Province" and etc. In 2015, he was awarded as One of the Top Ten Models of Entrepreneurship for Agriculture, Rural Areas and Farmers. Meanwhile, he was awarded as Outstanding Entrepreneur of Liaoning Province in 2017, and awarded as Career-creating Talent regarding Science and Technology Innovation by China's Ministry of Science and Technology in 2018. In 2019, he was selected as the fourth batch of leading talents regarding technology entrepreneurship in the National Ten Thousand Talents Program, and in 2020 awarded as the National Model Worker. Female, born in 1953, Singapore's nationality, famous economist, Ph.D. of International Finance and Econometrics from University of Illinois, USA. She used to be a lecturer in the School of Economic Statistics at the National University of Singapore, associate professor at the Asian Institute of Management in the Philippines, chief economist and chief president adviser of Galaxy Securities, independent director of Tongfang Co., Ltd. and Hubei Bank. Now she serves as the researcher at the Financial Center of Counsellors' Office of the State Council of China. Ms. Xiaolei Zuo is one of the most influential economists in China, who has published more than 50 papers in the fields of econometrics, international finance and securities market. She is the author of "Xiaolei's Perspective: My View on China's Economy" and other books. Based on her internationalized influence and rich experience in corporate coaching, Wellhope is honored to invite her as the independent director. 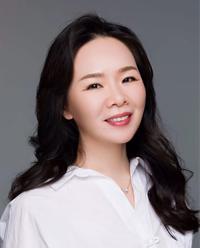 Female, born in 1973, Chinese nationality, doctor of management from Institute of Fiscal Science of Ministry of Finance, certified public accountant, certified asset appraiser. She worked in the Stock Issuance Supervision Department at China Securities Regulatory Commission from 2002-2016, now holds the posts of core consultant of several investment banks such as Minsheng Securities Co., Ltd., and the independent director of Weichai Power Co., Ltd. Based on her extensive experience and outstanding capabilities, Wellhope is honored to invite her as the independent director. Male, born in 1964, Chinese nationality, doctor of ecology from Marie Curie University, France, doctoral advisor of Shenyang Agricultural University. Once he held the posts of researcher of the Institute of Zoology of Chinese Academy of Sciences, Dean of Interdisciplinary Institute of Science and Technology of East China Normal University, Dean of the School of Management of Zhejiang Ocean University. Now he is the Dean of the School of Animal Husbandry and Veterinary of Shenyang Agricultural University. In addition to the scientific field, he used to serve as an independent director of Wellhope, vice president of Tiansanqi Group Co., Ltd. (Beijing), etc. Mr. Shuyi Zhang has made great achievements in the field of science. He has been funded by the National Natural Science Foundation of China for Distinguished Young Scholars, supported by the "Changjiang Rive Scholars" team project of the Ministry of Education, and been selected into the first and second levels of the National Millions of Talents Project, the "Hundred Talents Program" of the Chinese Academy of Sciences, and the Climbing Scholars Program of Universities in Liaoning Province. He has been awarded special government allowance of the State Council, second prize of national science and technology progress, first prize of natural science of Shanghai and other awards. Based on his splendid expertise in life science, Wellhope is honored to invite him as the independent director. 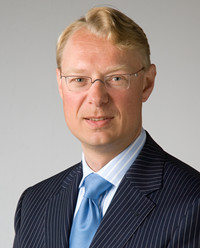 Male, born in 1969, the Netherlands' nationality, master of economics from University of Groningen, serving as the board director of Wellhope for many years. He has been working in Royal De Heus since 1992, now serves as the CEO. He is the fourth-generation leader of Royal De Heus, who firmly implements the international development strategy and has successfully entered the markets in South America, Eastern Europe and Southeast Asia. In 2006, De Heus became Wellhope's strategic partner. In 2011, De Heus became the 50th Royal Enterprise in the Netherlands as its century-old history and excellent management. 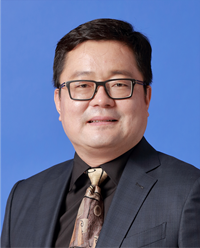 Male, born in 1972, Chinese nationality, bachelor of veterinarian from Shenyang Agricultural University. After graduation, he worked in a state-owned breeding farm in Dalian City, where engaged in technical and on-spot management. And then he joined Wellhope in 2000. Starting as a sales representative, he has been promoted rapidly due to outstanding abilities, served successively as General Manager of Haicheng Wellhope Feed Mill, Haicheng Xinzhongxin Feed Mill, Vice President of Former Huakang Feed Group, Marketing Director of Wellhope and President of Broiler Integration Business Division and Vice President of Wellhope. Due to outstanding performance, diligence and dedication, Jiahui Qiu is now elected as the Board Director and President of Wellhope. Mr. Jiahui Qiu is the pioneer of Wellhope’s broiler integration business. With more than 10 years of leadership, he and his team, boosted the rapid development of broiler integration business, making this business rank among the best in the industry. 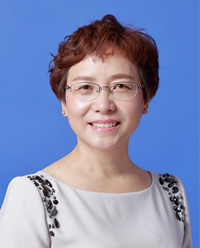 Female, born in 1966, Chinese nationality. At the age of 25, she received her Ph.D. of animal physiology and biochemistry from Nanjing Agricultural University, one of the national key universities. She is one of the founders of Wellhope. She used to be a technician in a poultry breeding center of the Ministry of Agriculture and served as the formula manager at CONTINENTAL GRAIN COMPANY(the US). After the establishment of Wellhope, she has always taken charge of the technology of Wellhope, successively serving as the Technology Director and Vice President. Now she is the Board Director and CTO of Wellhope, also holds the posts of standing director of Animal Nutrition Branch of Chinese Association of Animal Science and Veterinary Medicine, member of Chinese Feed Industrial Standardization Technical Committee, leader of the Comprehensive Trial Farm for National Swine Raising Industry Technology System and etc. Meanwhile, she has been serving as the master supervisor of China Agricultural University and Shenyang Agricultural University. She has won a number of first and second prizes of provincial-level science and technology progress and applied nearly 30 technical invention patents. 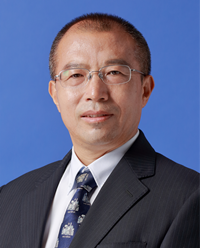 Male, born in 1960, Chinese nationality, master of quality cost management from Northeastern University, senior auditor, the first batch of China's certified public accountant. He used to work for the Shenyang Office of National Audit Office, mainly engaged in auditing of finance, national tax, customs and large enterprises. He joined Wellhope in 1996 and served successively as Financial Manager of Shenyang Wellhope Feed Mill, Auditing Manager of Wellhope, Financial Manager of Beijing Sanyuan Wellhope Feed Mill, and Financial Director of Wellhope. He is currently the Board Director and CFO of Wellhope. Mr. Wenliang Zhang led and participated in some capital operation projects of Wellhope, such as the shareholding system transformation, IPO and non-public offering of new shares. 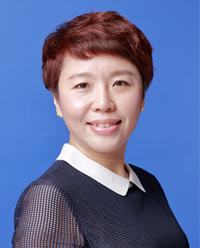 Female, born in 1972, Chinese nationality, bachelor of economics from Shenyang Agricultural University. She joined Wellhope in 1995 after graduation, successively served as the Secretary to general manager, Director of Marketing Department, Director of HR Department, Human Resources Manager and Chief HR Director, Assistant to Chairman, etc. Now holds the posts of Board Director, Board Secretary and CHO of Wellhope. Ms. Xin Zhao has more than 20 years of experience in human resources and enterprise management, she is one of the architects of Wellhope's human resources management system. In 2020, she was awarded as "Outstanding Board Secretary" in the 14th Selection of China's Valuable Public Companies.